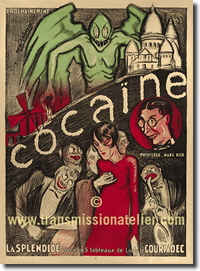 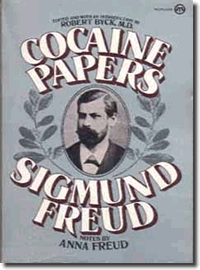 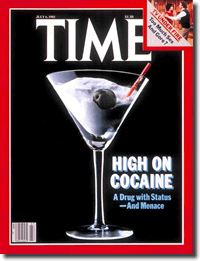 The history of cocaine shows that this addictive stimulant has been around for a very long time in one form or another. Cocaine hydrochloride is extracted from the leaves of the coca plant, which is indigenous to the Andean highlands of South America. In its extracted and purified form, it is one of the most potent stimulants of natural origin. The history of cocaine reports that the Andean Indians have long chewed leaves of the coca plant to decrease hunger, increase their stamina for work, as well as for social, mystical, medicinal and religious purposes.

Cocaine’s history notes that just as tea and coffee are brewed as refreshments or "pick-me-ups" today, the Andean natives brewed coca leaves into a tea. Furthermore, Andean groups have historically burned or smoked various parts of the coca plant as part of their religious and medicinal practices. Coca has even been used to provide a measure of time and distance. Native travelers sometimes described a journey in terms of the number of mouthfuls of coca typically chewed in making the trip.

During the history of cocaine, the Spanish conquistadors introduced coca to Europe, where it was used only occasionally until the 19th Century. The active ingredient of the coca plant was first isolated in 1859 and was initially hailed as a miracle drug. By the 1880’s in the United States cocaine was freely prescribed by physicians for such maladies as exhaustion, depression, and morphine addiction and was available in many patent medicines.

Later in the history of cocaine, coca leaves were processed into cocaine hydrochloride (the powder form of the drug). However, cocaine was taken mostly in liquid form at that time, whether by mouth or by injection. Sigmund Freud experimented with cocaine extensively in the latter part of the century. In 1863, the coca wine Vin Mariani went on sale throughout France. It contained 6 mg cocaine per ounce of wine in France, but exported Vin Mariani contained 7.2 mg per ounce to compete with the higher cocaine content of American competitors.

By the early 1900’s in the history of cocaine, public health officials were becoming alarmed by the medical, psychiatric, and social problems associated with excessive cocaine use. These concerns from health officials and legal authorities played a major role in initiating and supporting the effort to pass the Harrison Narcotic Act of 1914. This Federal legislation severely restricted the legal uses for cocaine and, for all practical purposes, ended the extensive use and abuse of cocaine in the early part of the 20th century. Interestingly, cocaine hit a low during the 1930’s when the advent of amphetamine almost eradicated demand.

The history of cocaine shows that another cocaine epidemic began in the United States in the 1970’s and peaked in the mid-1980’s. Cocaine hydrochloride is generally distributed as a white crystalline powder or as an off-white chunky material. The powder form is usually snorted intranasally. As cocaine became plentiful and less expensive in the early 1980’s, its users began to experiment with its various forms and with different routes of administration. Some users began to smoke the powder form by mixing it with tobacco or marijuana. However, those who smoked the powder reported little if any intoxication.

With the latter epidemic and its accompanying crack epidemic (beginning in 1985 and peaking in 1988) violence in crack-infested neighborhoods increased dramatically. Young people with few other opportunities were lured by the power and money of being crack dealers; most carried guns and many were murdered in drug-gang wars that ensued. By the late 1990’s the cocaine and crack epidemic had subsided as heroin regained popularity among illicit drug users.

The history of cocaine reports that the crack epidemic was at its worst from 1985 through the end of the decade, although it still remains a serious health and social problem. The introduction of crack into urban communities produced devastating consequences. Health-related problems, rapidly escalating rates of addiction, and an extraordinary wave of street crime and property crime swept through most major American cities. In many areas, street gangs of young males were central to the distribution and sales of crack. Warfare between street gangs battling over turf resulted in many fatalities among gang members as well as innocent bystanders in the community. The history of cocaine shows that as drug-related crime escalated dramatically, legal penalties for sales of cocaine and crack were increased, and U.S. jails and prisons rapidly filled with crack users, dealers, distributors, and those involved in the violence associated with the crack trade.

Coca chewing is practiced throughout South America. Coca is believed to be a gift from God.

During the history of cocaine the Inca (an advanced medieval Peruvian empire) expands coca production through the operation of countless coca plantations. It is these plantations which will later form the beginning of the production of the modern day coca crop and pure cocaine.

Incan coca plantations are taken over by holders of Spanish land grants. Spanish tax laws are revised to allow land owners to make their tax payments in coca leaves.

The Bishop of Cuzco tithes coca, taking 1/10 of the value of each crop in taxes.

Coca production in Peru expands quickly causing a glut of leaf on the market which in turn precipitated a drop in the price of coca.

Forced laborers working in the Spanish silver mines were kept well supplied with coca leaves. Roughly 8% of the Europeans living in Peru were involved in the coca trade.

Abraham Cowley writes a poem titled "A Legend of Coca". This is the first independent mention of coca in English literature.

First accurate drawing of coca appears in popular English press. The illustration by Sir William Hooker, director of the Kew gardens, was published in Companion to the Botanical Magazine.

This is a big moment in the history of cocaine. Cocaine was first extracted from coca leaves.

Seeds from the commercial variety of coca arrived at Kew Gardens.

Vin Mariani (coca wine) is for sale throughout France, containing 6 mg cocaine per ounce of wine. Exported Vin Mariani contained 7.2 mg per ounce to compete with the higher cocaine content of American competitors.

Cocaine's use as a local anesthetic in eye surgery is popularized.

Freud publishes On Coca in which he recommends the use of cocaine to treat a variety of conditions including morphine addiction.

Coca-Cola removed coca from their formula.

At this point in the history of cocaine snorting cocaine becomes popular.

First cases of nasal damage from cocaine snorting are written about in medical literature.

First cases of nasal damage from cocaine snorting are seen in hospitals.

Freebase cocaine first developed (probably in California). It would soon be popularized by dealers and glamorized by Hollywood media.

This is the moment in the history of cocaine where freebase cocaine becomes popular. But a glut of low-priced powdered cocaine leads to the marketing of a new form – crack. Available by the mid-80s in many urban areas, crack cocaine doesn’t take off until after the mass media reports it as an epidemic, which served to popularize crack. The first crack babies are born in 1984.

Cocaine combined with heroin as an injectable or smokable mix – called a speed ball. Crack sales and arrests outnumber powdered cocaine. Federal law makes penalties for powdered cocaine possession less than for crack (by cocaine content) so dealers and users make their own crack from the powder.

The physical and brain chemistry of cocaine is further illuminated by brain imaging studies and the pharmacological effects are better understood. Methamphetamine begins to compete as “the poor man’s cocaine.”

Today, cocaine is the second most commonly used illicit drug (following marijuana) in the United States. More than 34 million Americans (14.7%) age 12 or older have used cocaine at least once in their lifetime. Additionally, the amount of people who have tried marijuana before using cocaine is a staggering 90%! Abuse of prescription narcotics and meth continue to compete with, and erode the cocaine market. Still, in 2007, more that 400 metric tons of cocaine are seized worldwide. 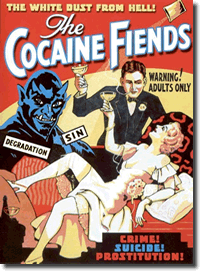 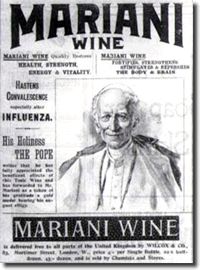 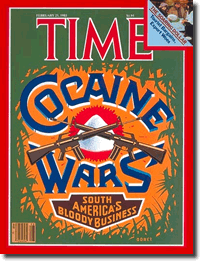